Congratulations to Hanover Steinbach on the occasion of its 125th birthday, August 1, 1999, orginally founded as the East Reserve in 1874. The first ship load of settlers arrived in Winnipeg (Fort Garry) on July 31, 1874, with 10 Old Kolony (OK) and 55 Kleine Gemeinde (KG) families on board. Within several weeks they were joined by a large Bergthaler contingent of 165 families so that by the end of August, 1874, all three founding denominations of the Mennonite community in Western Canada had arrived. 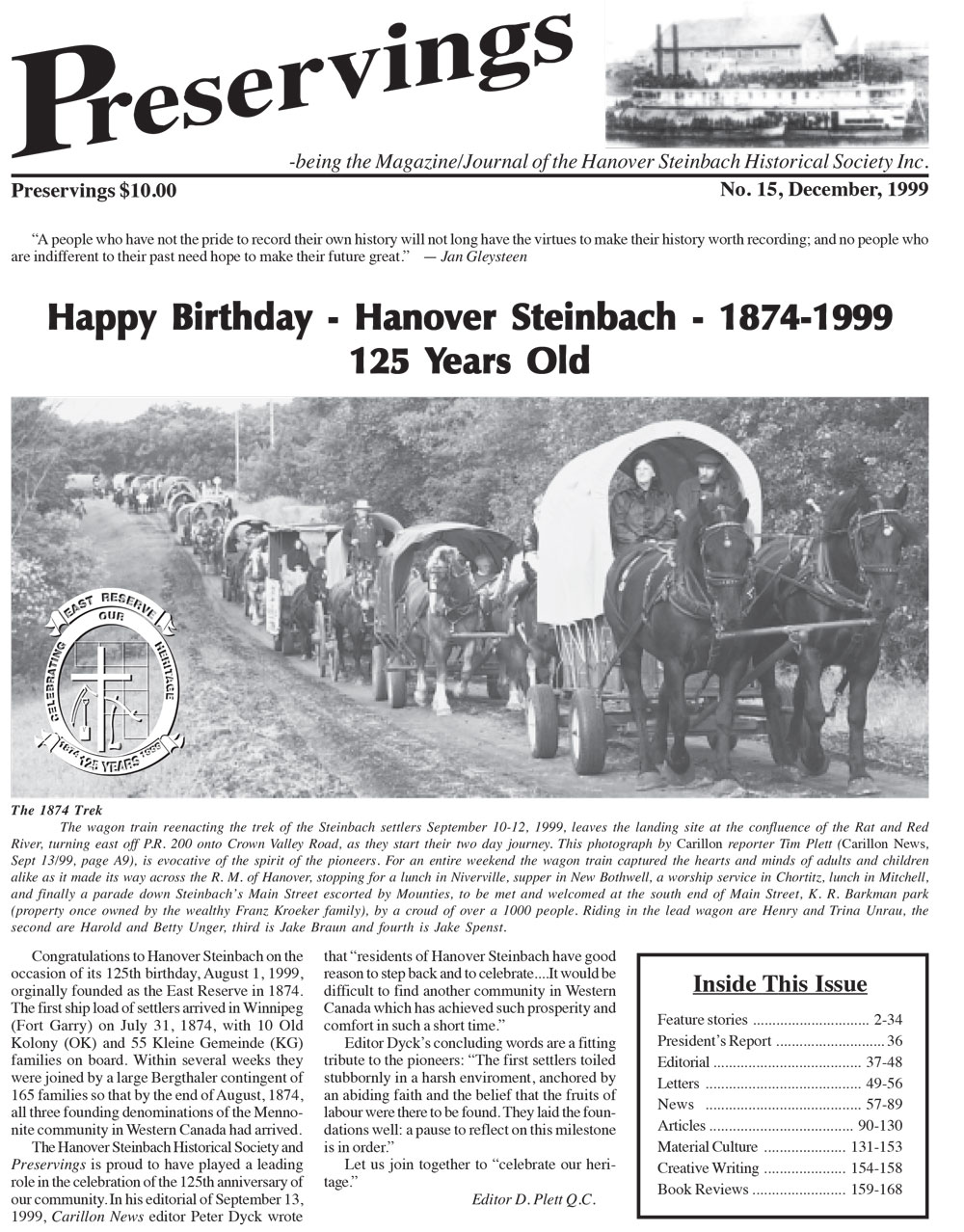 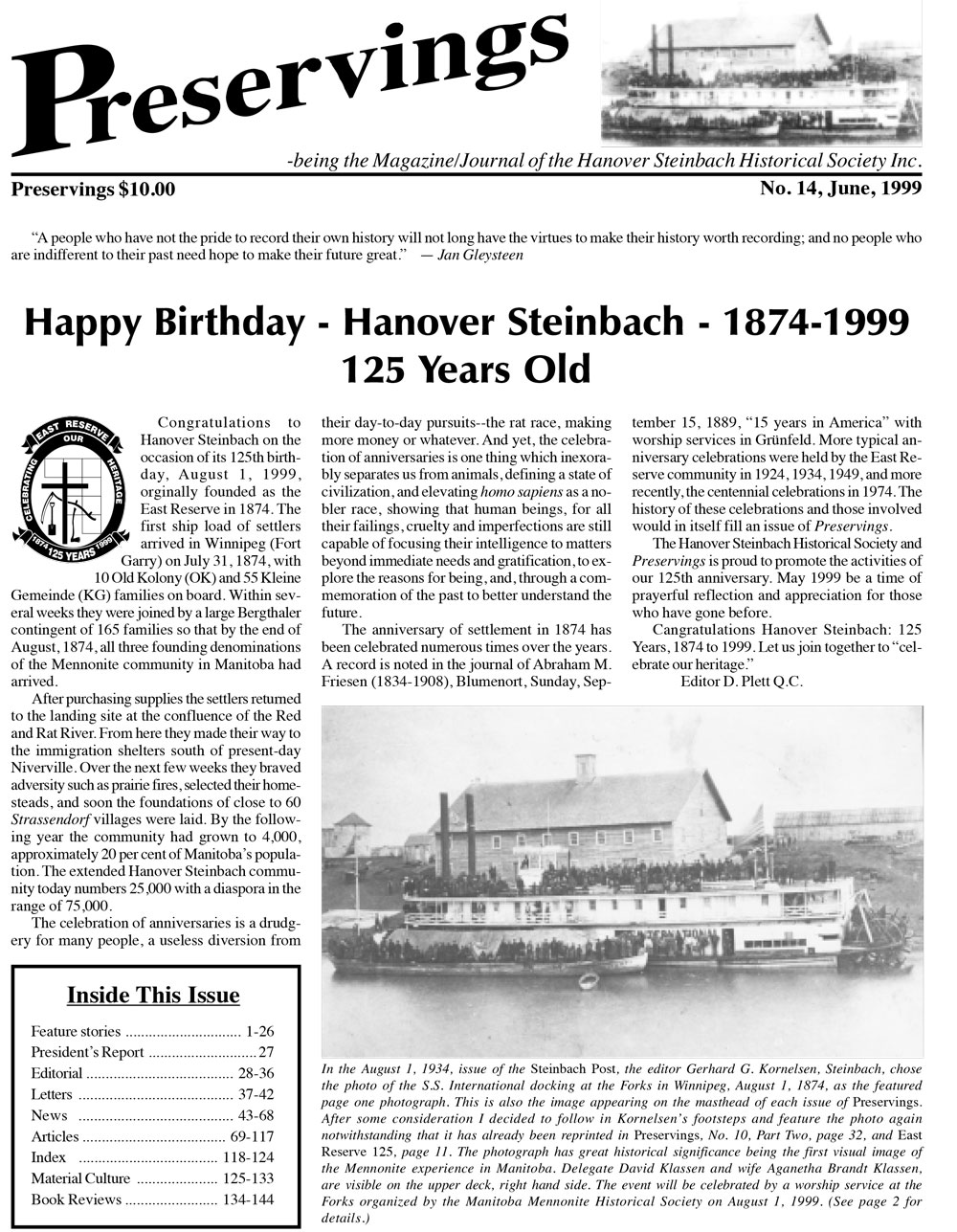 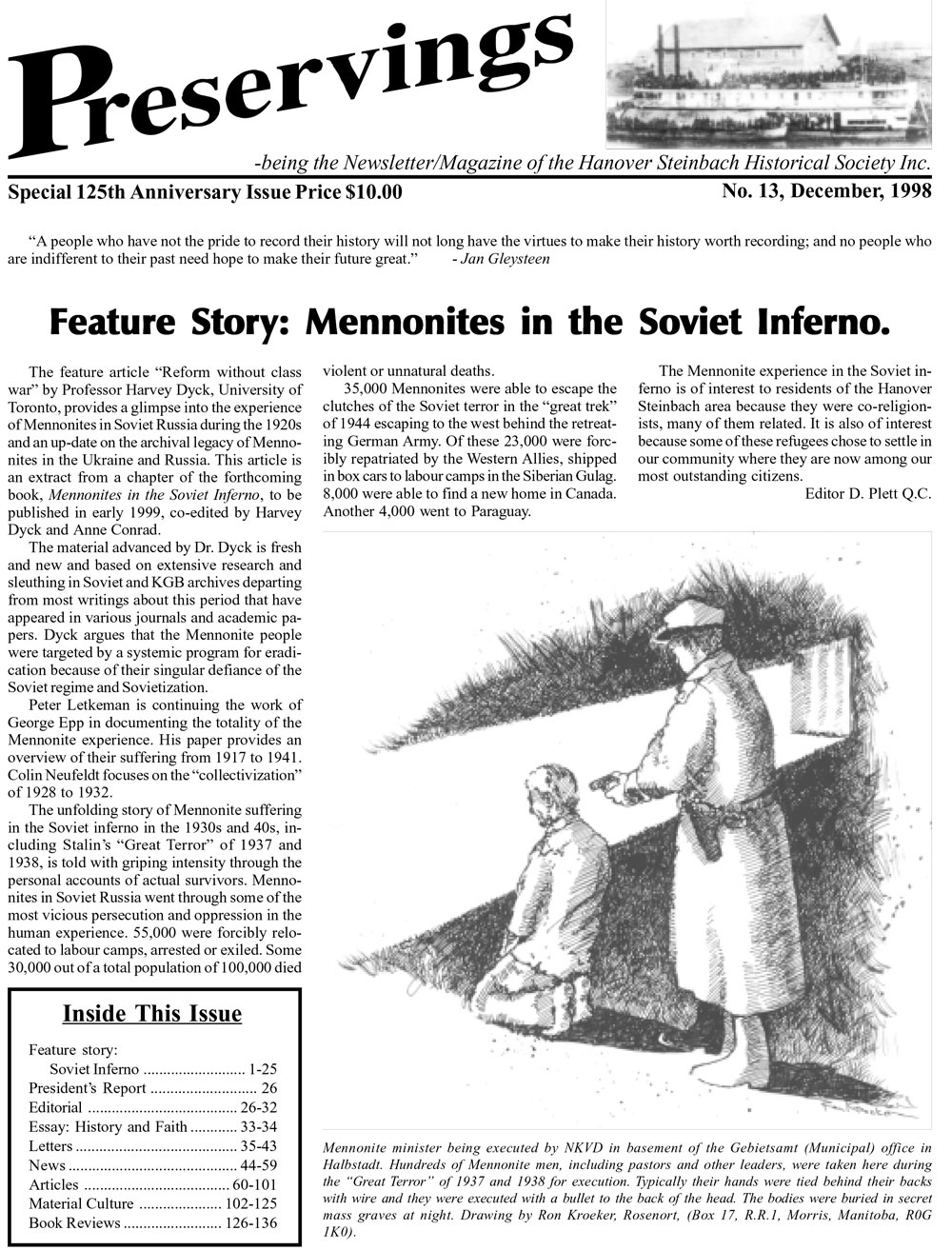 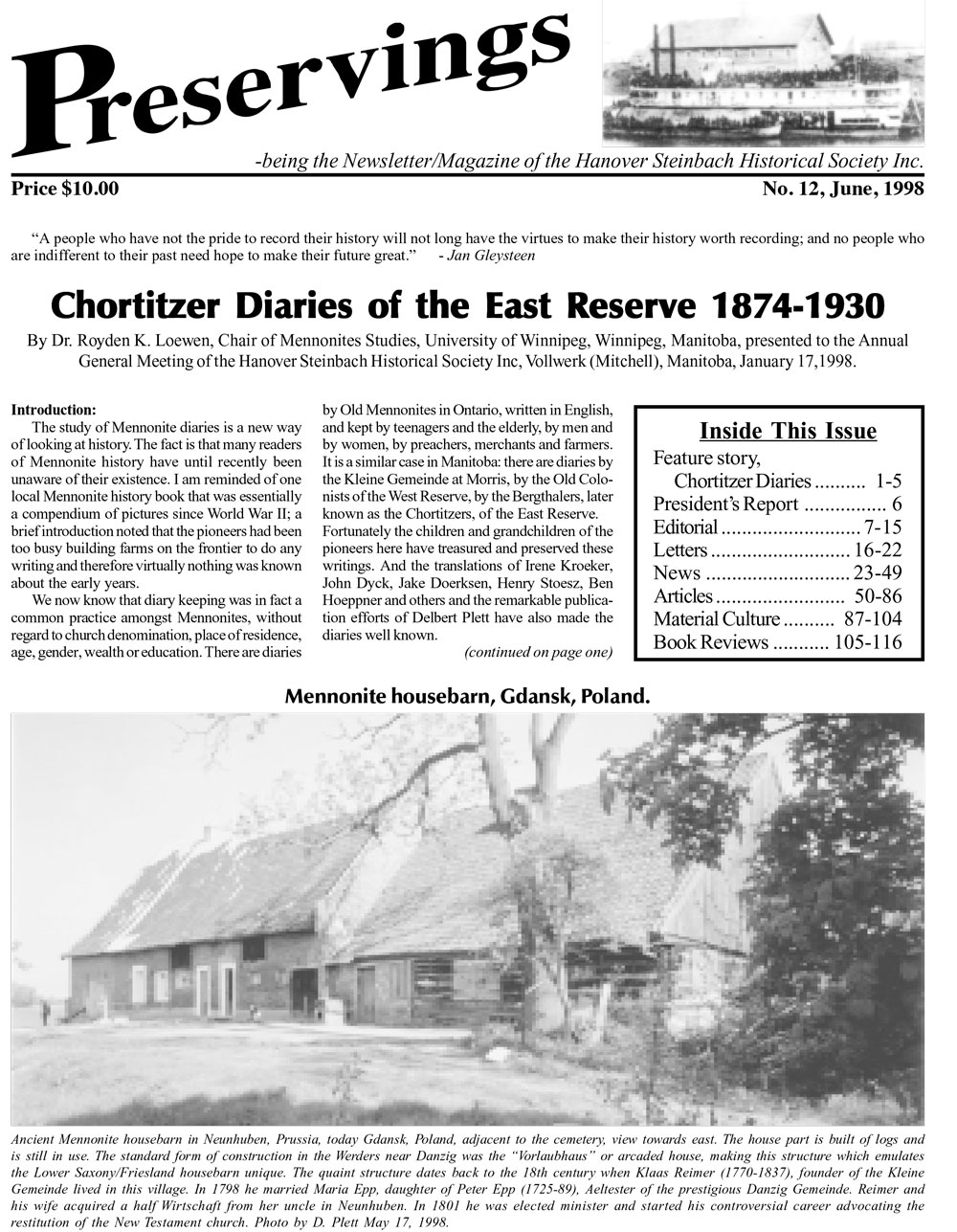 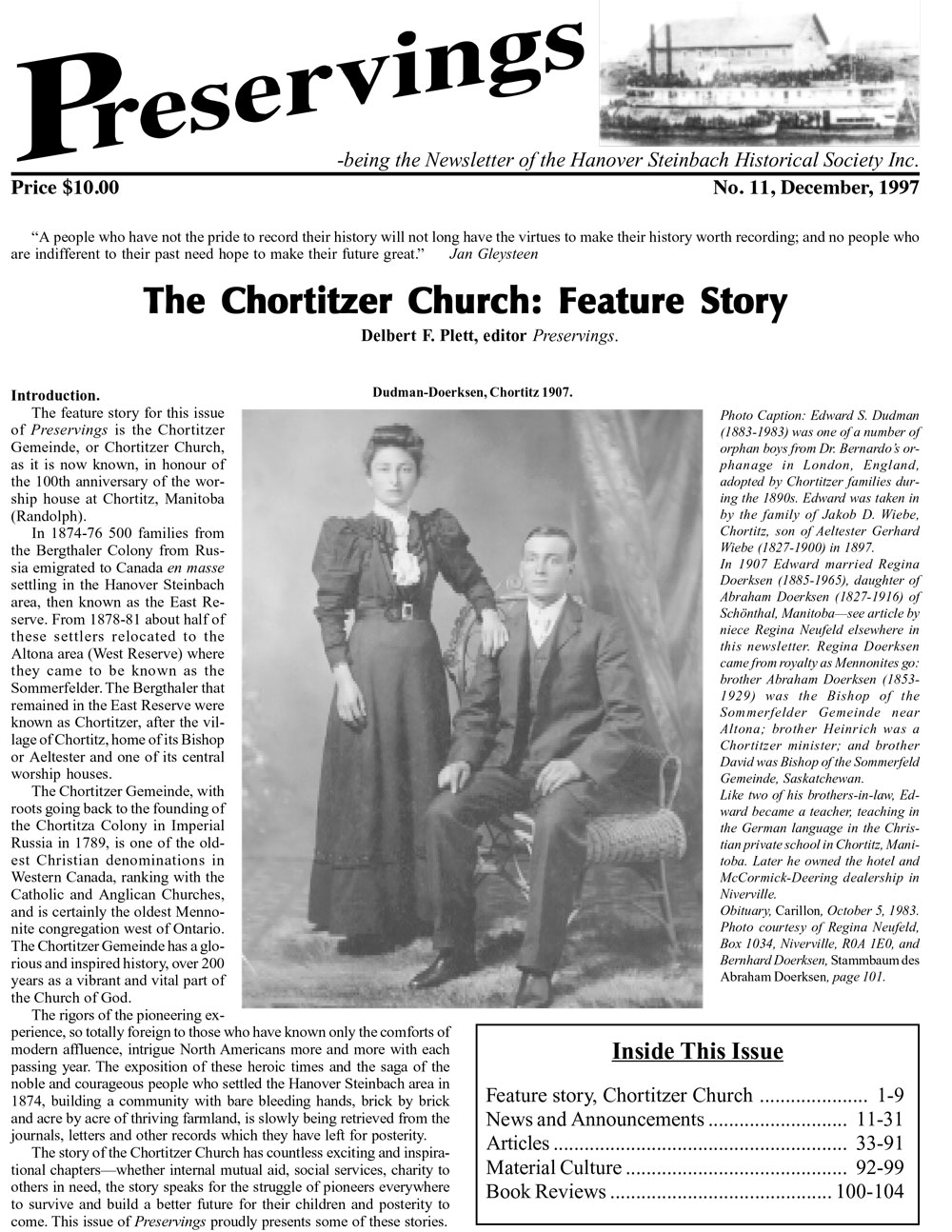