Our Flemish Roots - A Century of Struggle

Notwithstanding the most severe persecution of the Reformation, the Mennonite Church survived in Flanders from 1530 until 1650. Three-quarters of the 1204 martyrs in the Spanish Netherlands were Mennonites (almost half of them women) as opposed to the Reformed (Calvinist) faith. As many as seventy percent of the martyrs in Ghent, Bruges, and Coutrai were Mennonites. Two-thirds of the martyrs from the Lowlands documented in T. J. van Braght’s 1660 Martyrs’ Mirror were Flemish. “For the Flemish followers of Menno Simons it was `a century of struggle,’” writes historian A.L.E. Verheyden. Where the brotherhood of the Northern Netherlands soon divided under the influence of the individualism of elders, “….the severe repression in the South saw the Mennonites rallying anxiously around the church and expecting from it the greatest blessing,” Anabaptism in Flanders (Scottdale, Pa., 1961), page 9. 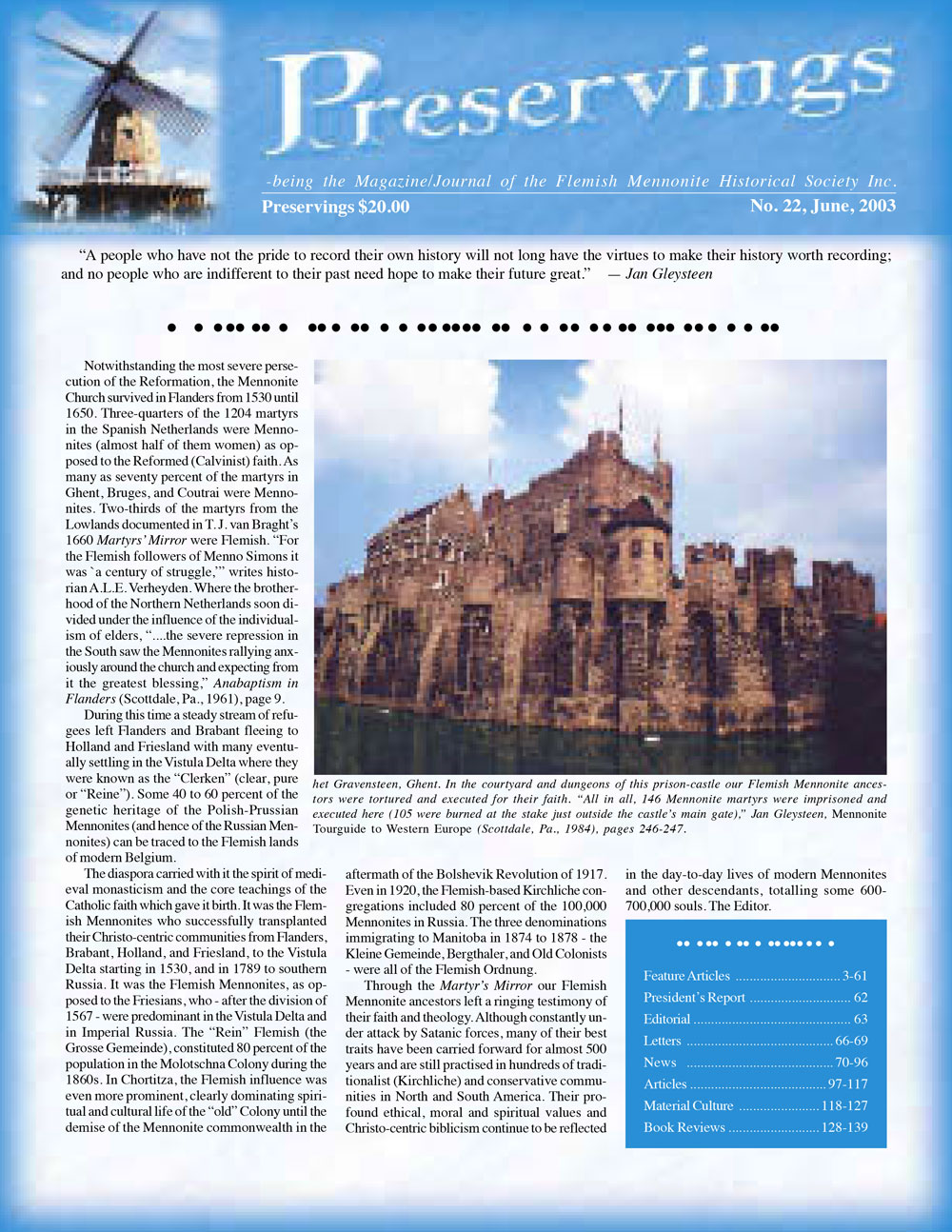 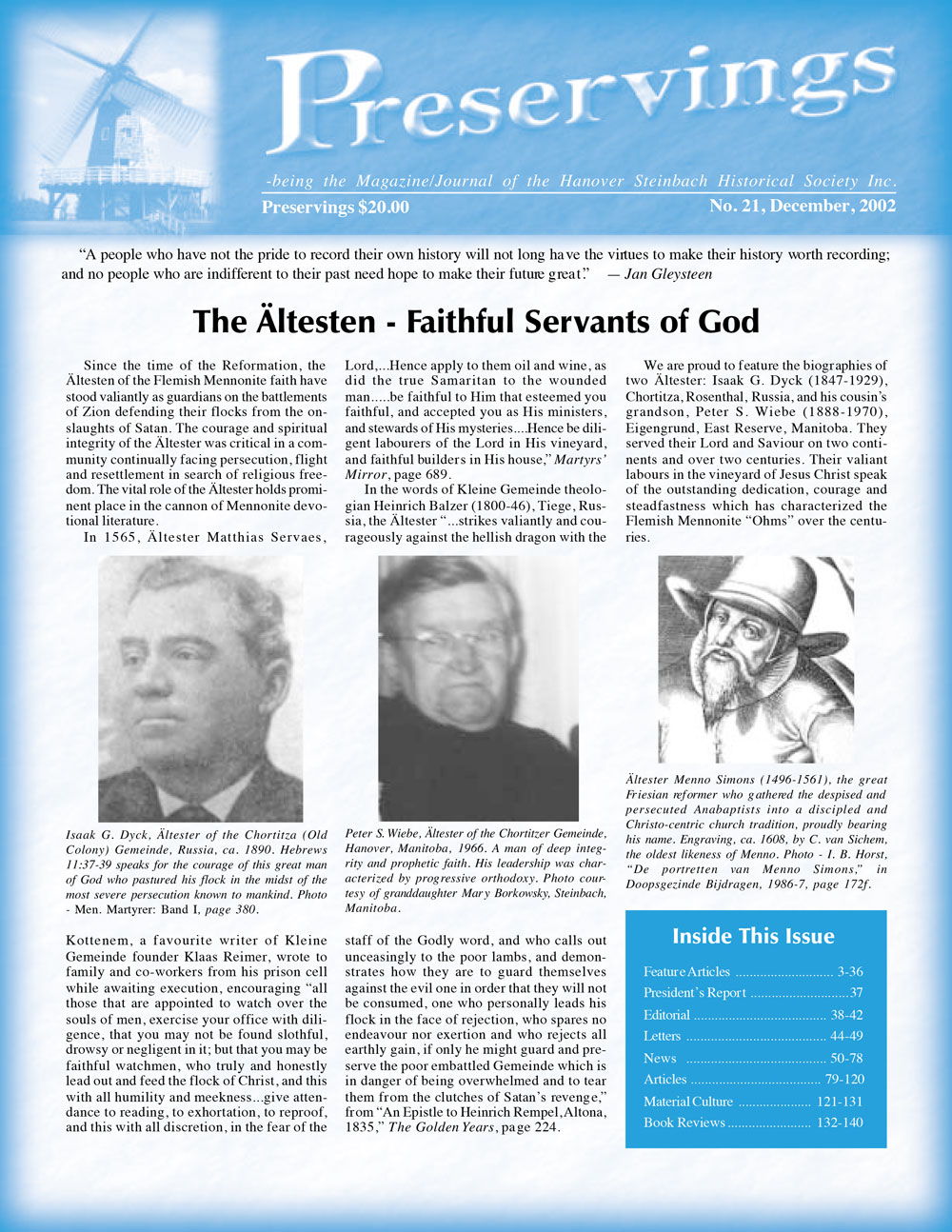 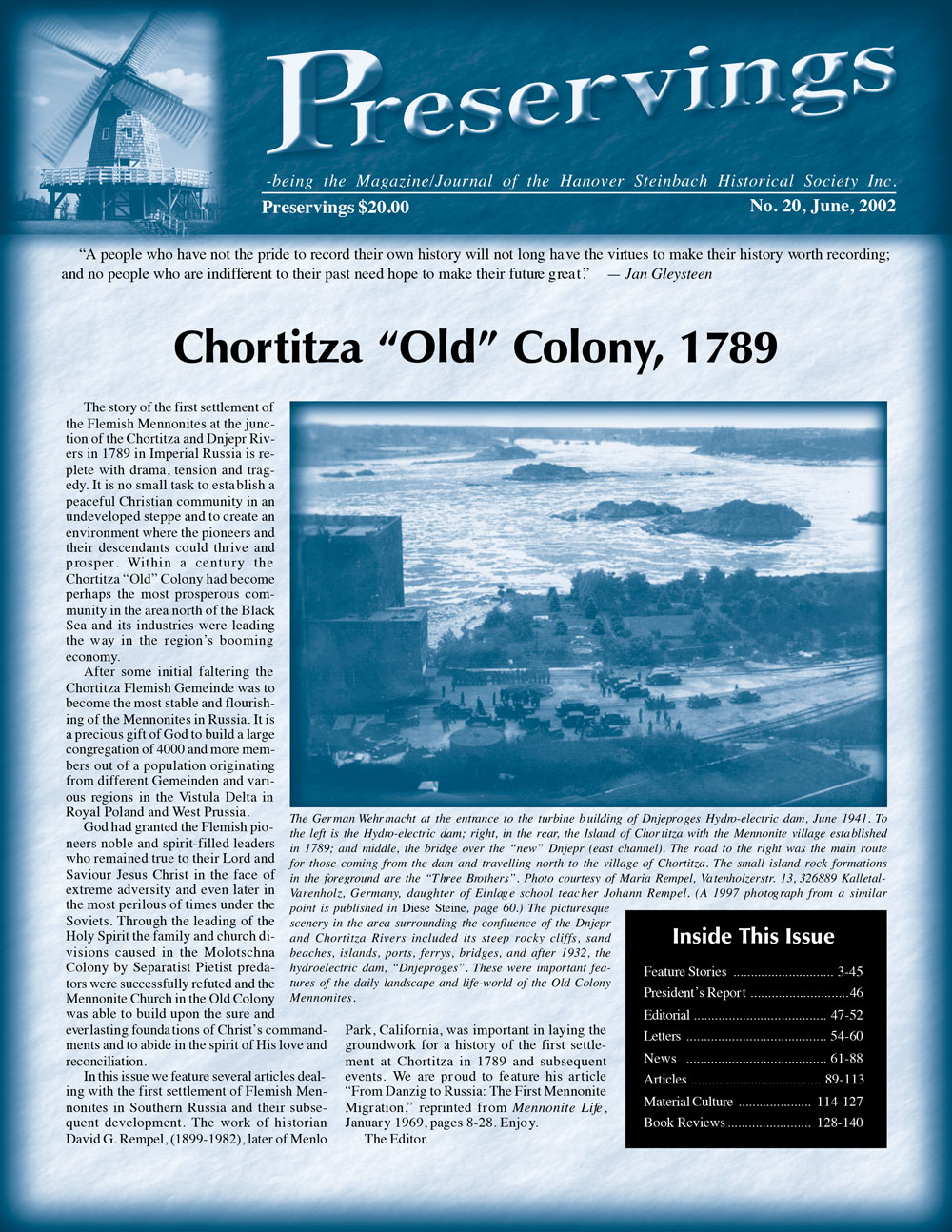 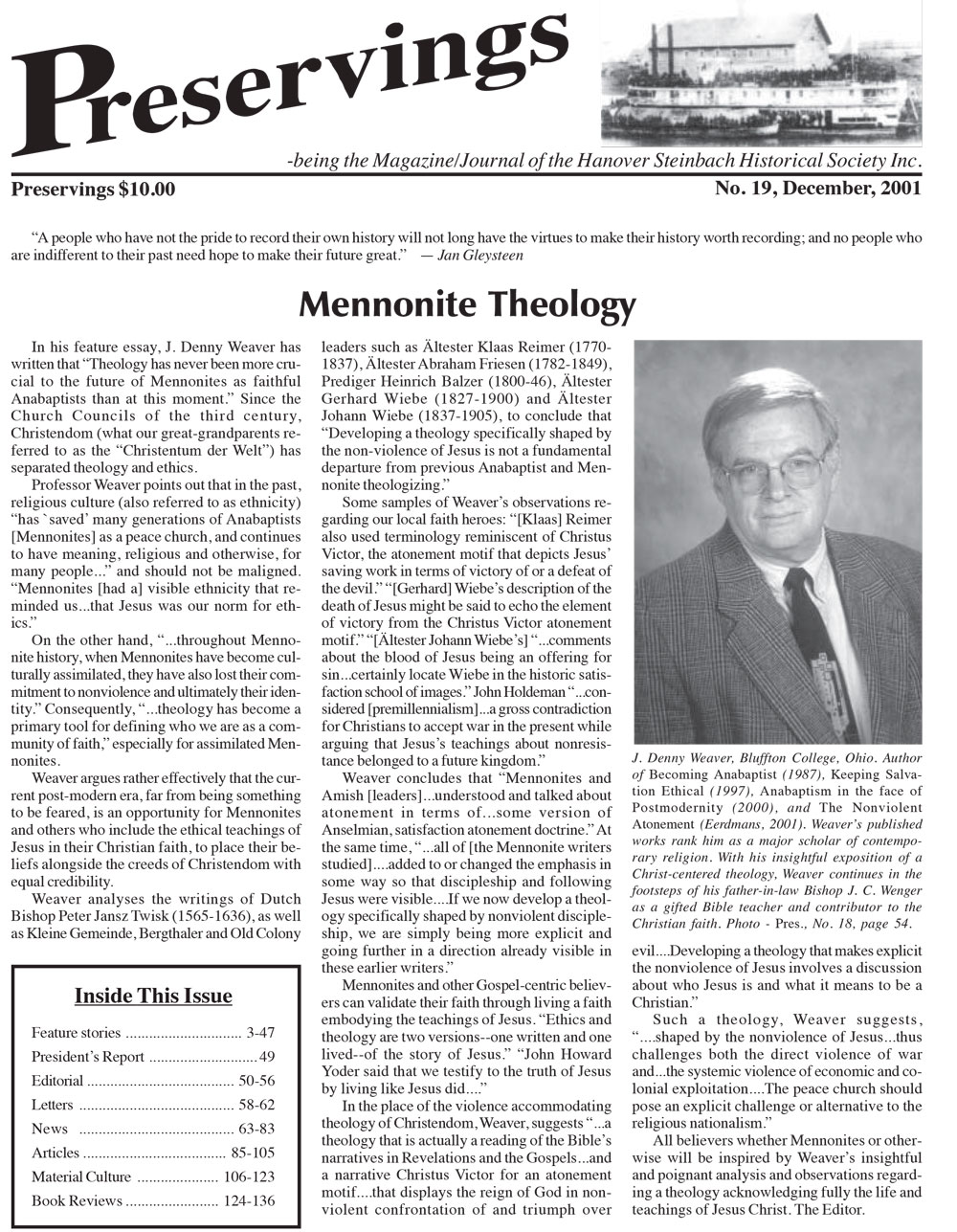 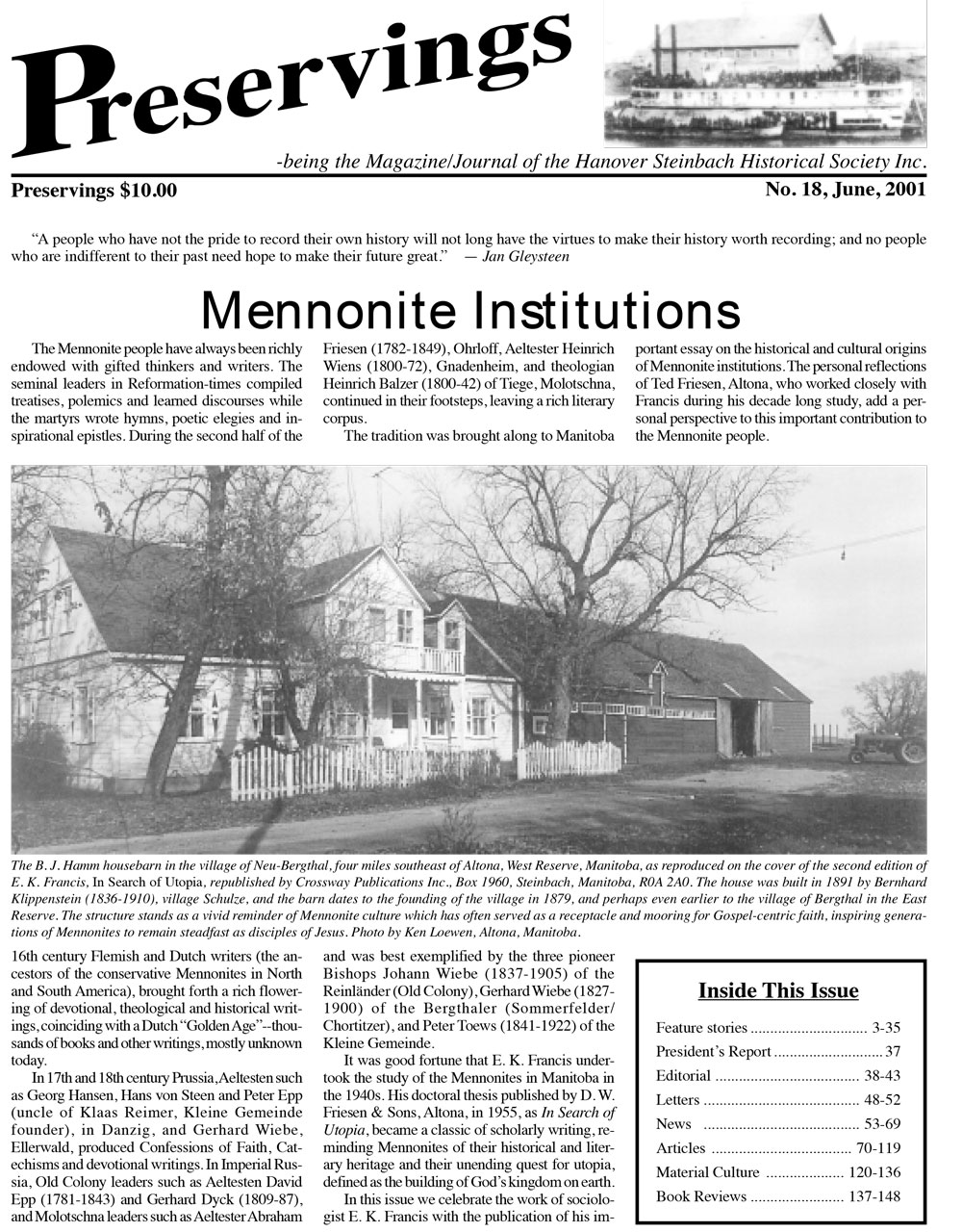